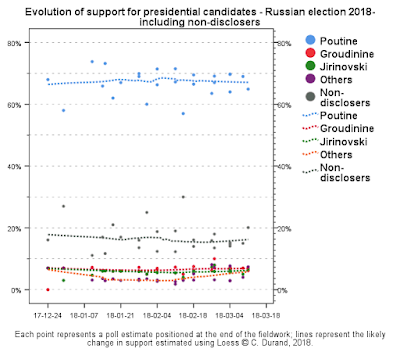 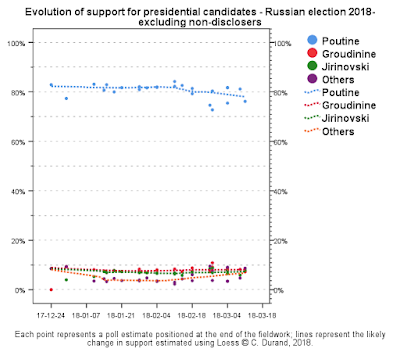 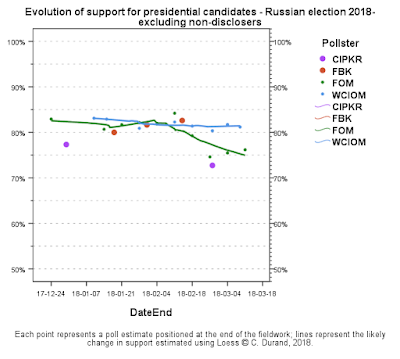 The main question on Sunday will be the turnout. In the WCIOM polls, about 70% say that they will go vote for sure. These figures are close to what we get in many established democracies. However, research shows that turnout is higher when elections are close races, which is not the case here. It will be a challenge to mobilize voters.
Publié par Claire Durand à 21 h 09