Tomorrow is voting day. I include in my analysis all the polls published yesterday and today -- before 2 PM Montreal time (I do not have the YouGov and the TNS yet, I may update later on if I have time).

Let us examine what the polls tell us of the likely portrait of support for Scottish independence.  First, a graph including the non-disclosers, i.e., don't knows and those who say they will not vote.The graph  shows that the two sides are still close to each other but with the No side still ahead. In addition, the proportion of non-disclosers has stopped declining. 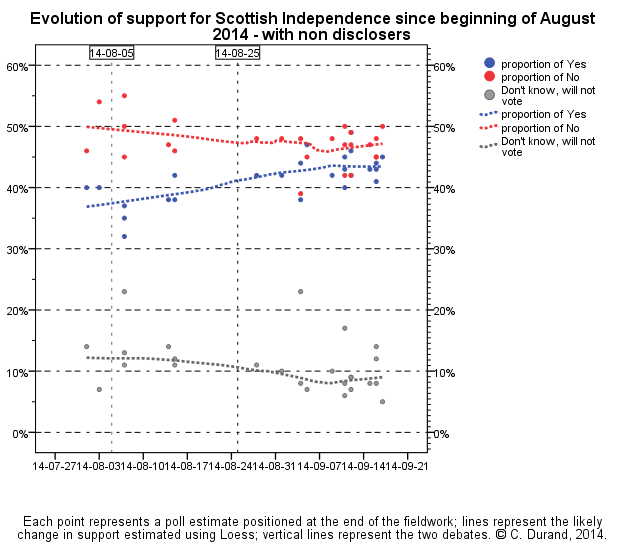 Now, if we use the pollsters' attribution of non-diclosers, i.e., proportional attribution, here is what we get. Voting intentions seem to have frozen. They have been quite stable for the last two weeks, with about five points difference in favor of the No side. 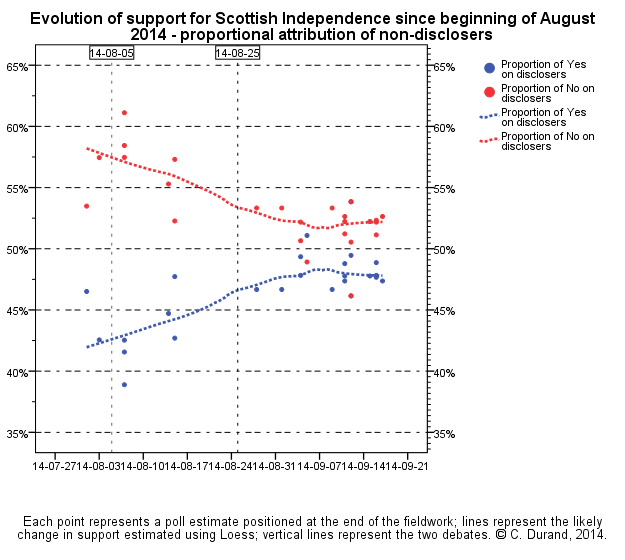 If I perform a non-proportional attribution of non-disclosers, giving 67% of them to the No side, which, according to many political scientists is realistic, I get the following graph. The analysis estimates the difference between Yes and No at more than seven points. 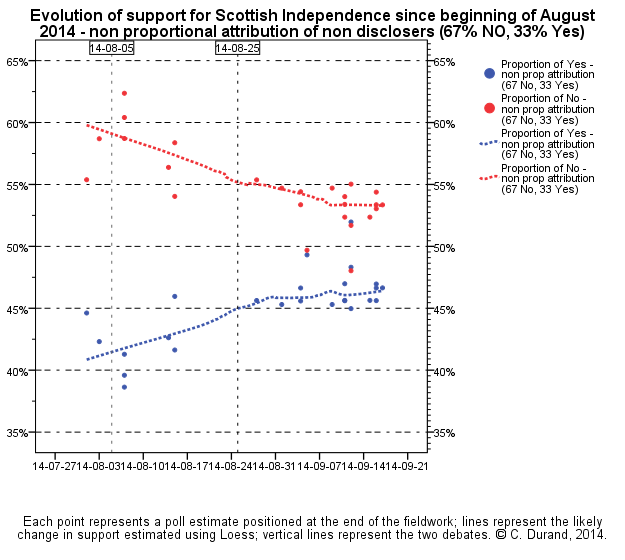 Finally, the following graph is quite interesting. I focus on the difference between support for independence overall and support among young people aged 16-34 years old. As you can see, we could attribute part of the increase in support for the Yes side to young people in recent weeks but polls show that this age group seems to have backed off during the last few days. 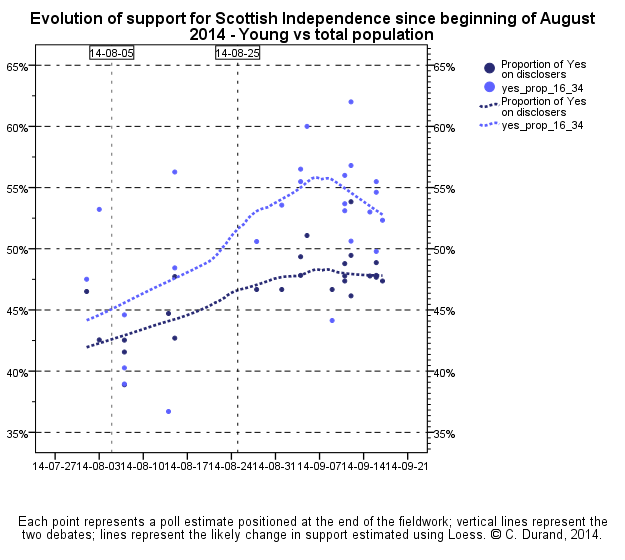 If polls are not incredibly wrong, my analysis shows that the No side is likely to win with a good margin. If I am wrong, it will be the pollsters' fault :). And political scientists and survey methodologists will have to revise all what they said in the last 30 years.