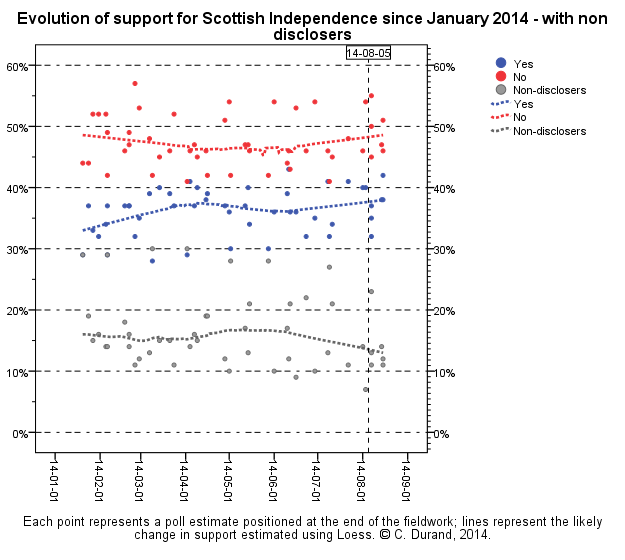 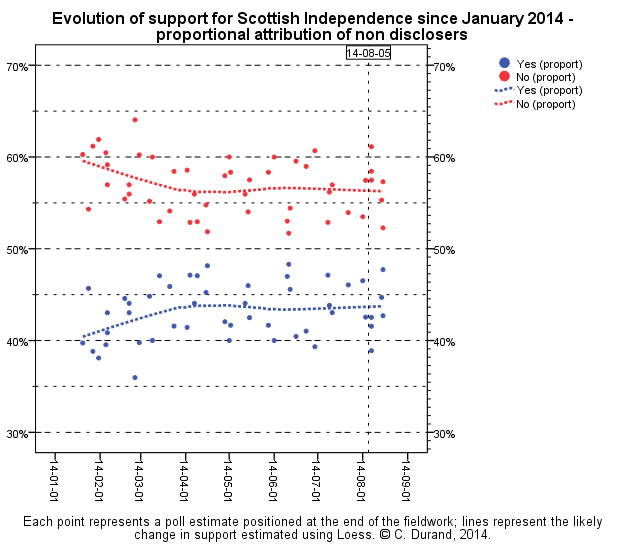 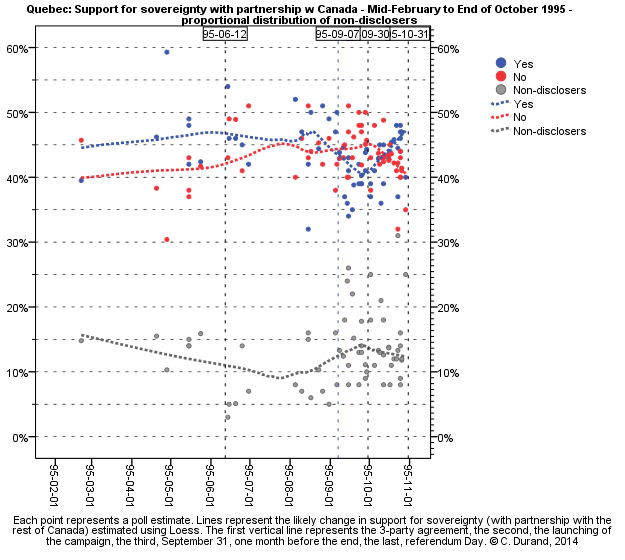 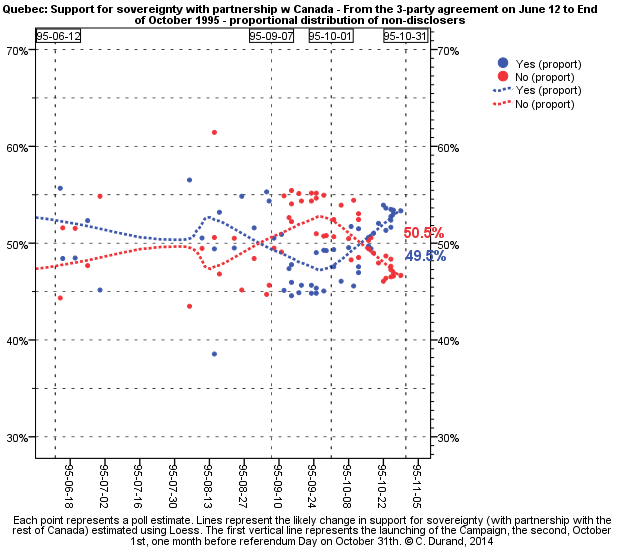 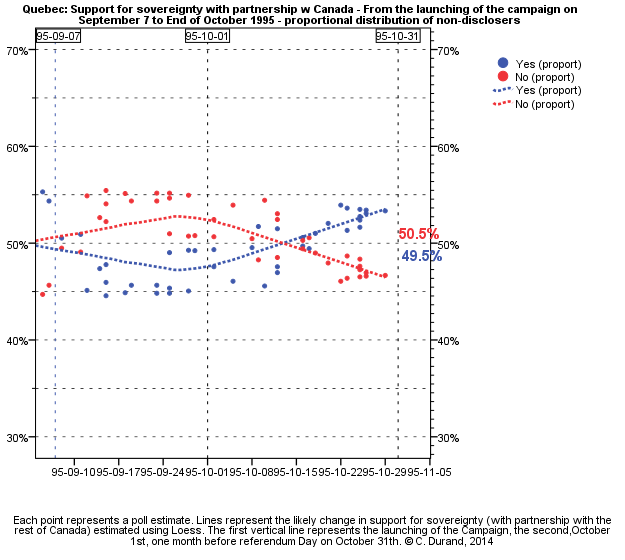 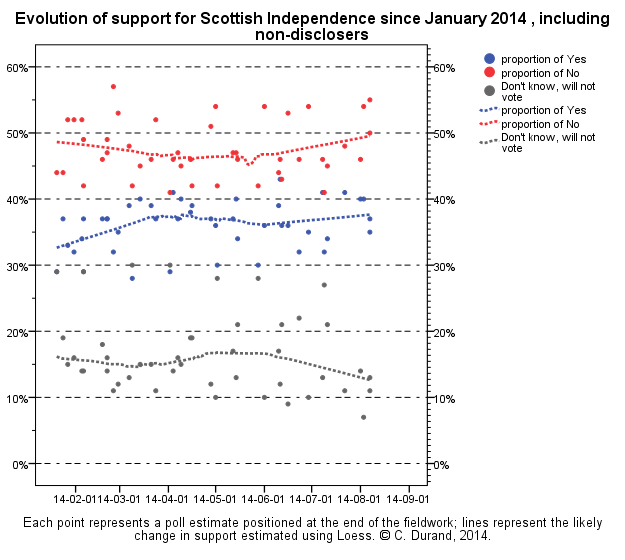 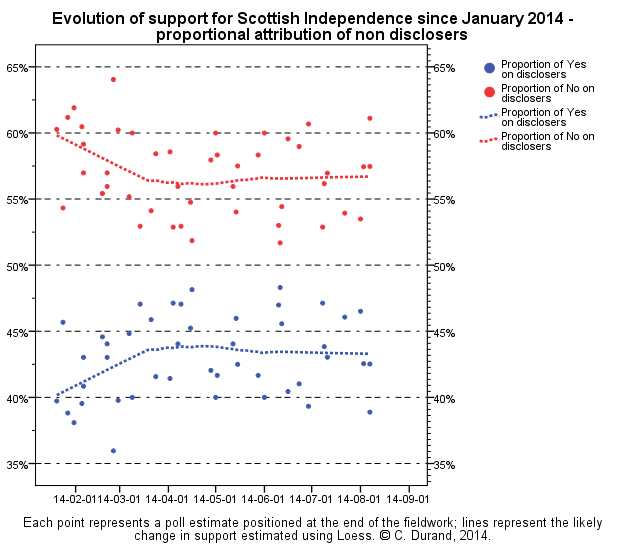 We are getting to the last month of the campaign. I will go on monitoring whether the impact of methods changes in the last stretch. However, in my next post, the focus will be on comparing Scotland with Quebec, and specifically with what happened during the last month (the official campaign) of the Quebec 1995 referendum.
Publié par Claire Durand à 13 h 44 Aucun commentaire: